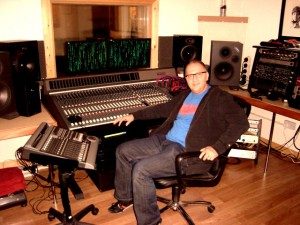 Gil Norton’s latest upgrade for his main rig has just been completed by SCL. Having started his career at Liverpool’s Amazon Studios, Gil has emerged to be a world-class producer, and over the past two decades has credits including The Pixies, Foo Fighters, and Counting Crows to name just a few.

His new system has been changed over from a G5 and Digidesign expansion HD to the latest generation fully loaded Mac Pro 3.2 GHz 8 Core. His HD5 Accel is now running from a Magma PE6R4 PCIe-PCIx chassis giving him considerably more power on tap than his previous system. The system was then re configured back into his 32 I/O flight-case ready for transport to Australia and his next project.